America has come a long way!

On August 4, 1964, the FBI unearthed the bodies of Andrew Goodman, James Chaney, and Michael Schwermer, buried 15 feet under a red clay dam. They were part of the Freedom Summer project to register blacks to vote in Mississippi.

On June 21, they had driven to Philadelphia, Neshoba County, to investigate the burning of Mount Zion Methodist Church. Deputy Sheriff Cecil Price arrested them for allegedly driving over the 30-mile speed limit. He hauled the three activists to the Neshoba County jail, booking Chaney for speeding and putting Shwermer and Goodman “under investigation.” 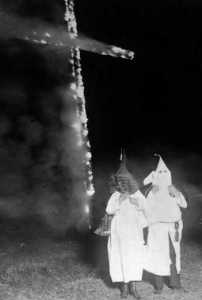 Chaney paid the fine. After release, they were ordered to leave the county. Price followed them to the county line, and the trio headed to Meridian. Two carloads of KKK members stopped and murdered them on an isolated rural road.

X-rays immediately taken of the bodies were later destroyed. However…